Do you ever find yourself wondering what in the world to do with your child?

After all, you’ve done your best to raise them right. You prayed for them, taught them manners, and helped them memorize Bible verses. You limited their electronic time and said no when they begged to watch non-age-appropriate TV shows (darn you, Hannah Montana!).

But still, their hearts are captivated by the world…

And nothing you do can change that.

They want to wear the same clothes their friends are wearing and listen to the same music. They want to play the same video games, watch the same You-tubers, and follow the same “influencers.” Like every adolescent since the beginning of time, they want to be liked and accepted by their peers, even if that means doing things they know are wrong.

If you’re fortunate, they at least struggle with the conflict between these desires and their values. That means deep down they at least want to do the right thing… they want to choose Jesus. But sometimes that struggle can lead to anxiety or loneliness or friend drama.

What’s a parent to do?

It is really hard to watch our kids walking that line between right and wrong, tip-toeing as close as they can to the dark without actually falling in. Jeff and I have encountered these types of struggles on multiple occasions with our children, so I feel your pain.

I’m just plain afraid. And I begin to parent out of fear.

PARENTING OUT OF FEAR

Sure, I call it all kinds of things:

But the truth is, it’s fear.

Yet, the Bible declares, “God did not give us a spirit of fear, but of power, love, and a sound mind.” (2 Timothy 1:7)  I memorized this verse a long time ago, but God whispered it to my heart a few years ago, and it completely changed the way I parent. Here’s what happened.

Our daughter, Abby, has always been into the latest trends. When she was two, she would go into the indoor playground at Chick-fil-a and come out a few minutes later modeling other children’s shoes. She stopped complete strangers on the street to comment on their cute outfits. (If you know me, you are asking where in the world she inherited that from… definitely not her momma!) In Kindergarten, her free-writing journal was filled with lyrics from Hannah Montana songs, which she wasn’t even allowed to watch or listen to yet!

Yes, our sweet girl’s heart was drawn by the world from a very early age.

As she entered the middle school years, the pressure to fit in and be accepted by the “cool kids” increased. She hated being one of the few girls without a phone, and though she still obeyed me, she thought my “modesty” rules were old-fashioned and ridiculous. We clashed often during those days; Abby, with her teenage hormones raging, and me, with my authority being challenged and my fear increasing at every turn.

My prayer journal is filled with desperate pleas for God to protect her and change her and not let her go astray. I constantly cried to Jeff about the path she was on and where it would lead. I was so afraid (and a little bit dramatic).

Now, understand, our girl was hardly a rebel! But after so many years in youth ministry, I was extra sensitive to the beginning stages of a wandering heart, and while she wasn’t even out of the living room, my mind saw her riding off on the back of a motorcycle. It sounds ridiculous even as I type it, but it’s true.

Do you do that, too? Imagine the worst-case scenario right out of the gate?

Anyway, one night as I was praying for Abby, crying out to Him again in all my fear, the Lord spoke to me very clearly. No, I didn’t hear an audible voice, but the impression on my heart was so strong, it could only be the Holy Spirit. This is what He said:

“Yes, Abby’s heart is drawn by the world, but whose isn’t? You are focusing on the wrong thing. She has had multiple opportunities to join the cool kids, but when it came down to it, she wasn’t willing to compromise her convictions. She may stumble a little along the way, but she almost always makes the right choice. So quit focusing on what you’re afraid of and focus on ME. The whole world is already fighting against her… she needs you to fight FOR her! Are you going to keep parenting out of FEAR or are you going to start parenting out of FAITH?”

I knew immediately what I had to do. Viewing the situation from God’s perspective completely transformed my mind and changed the way I parent (or at least try to).

PARENTING OUT OF FAITH

How do we do that? Here are three things that help me:

1. Change how we PRAY for them

Instead of praying out of fear, I pray in faith. I claim God’s promises for her. I remind myself of His plan for her life, of His faithfulness through the generations. I ask Him to give her courage, faith, and boldness. I pray for her to be a Light in a dark generation, that He might use her in mighty ways! I ask Him to surround her with godly adults who love Him and will help shape her into the woman He created her to be—and He has!

Do I still bring Him my fears when they surface? Absolutely! I need to, for He is the only One who can give me peace. But I’ve learned His power is only released in our lives through prayers of faith, not fear. “Truly I tell you, if you have faith the size of a mustard seed… nothing will be impossible for you.” (Matthew 17:20)

2. Change how we THINK about them

Our thoughts determine our actions. What I’ve learned in parenting, though, is how much my thoughts actually determine my children’s actions! By parenting out of fear, I may actually be creating a self-fulfilling prophecy in my child. When we reflect our fears on them, they may internalize them and think that is what we expect of them. Therefore, changing the way we think can actually have a direct effect on how they act!

And I began to speak these things out loud to her, which is the next tip.

3. Change how we SPEAK to them

I cannot emphasize enough the difference it made when I began speaking to Abby in faith instead of out of fear! As I pointed out her courage to hold to her convictions, she began to make those decisions more confidently. I touted character traits I wasn’t yet seeing in her as though she was already displaying them, and before long, she was!

If you want your daughter to show courage, compassion, and kindness, tell her you love those things about her, and point out ways God can use those traits in her life. If you want your son to have integrity, character, and resourcefulness, make a point of recognizing those qualities in him and mentioning them every chance you get.

Changing how I spoke to Abby enabled God to transform how she sees herself.  She no longer sees herself through my fear, but as God sees her—as His “handiwork, created in Christ Jesus to do good works, which He prepared in advance for (her) to do.” (Ephesians 2:10)

WE GET TO DECIDE…

I am pretty certain that had I continued parenting out of fear, Abby would have continued resisting me and would probably not be the awesome Jesus-girl she is today. That doesn’t mean it would have been my fault—she is still free to make her own choices—but I definitely was not helping the situation.

And even parenting in faith doesn’t guarantee a positive outcome; there are no magic formulas for producing perfect kids! In fact, even while writing this blog post, the enemy is whispering that just because it helped one kid doesn’t mean it will help the others.

But I no longer listen to the voice of fear…

Friend, we can parent out of fear of who our children might become, or we can change our perspective and parent in faith of who God desires them to be.

Both will shape them…

But we get to decide which one!

IF YOU ENJOYED THIS POST, CHECK OUT THESE OTHER BLOG POSTS ON THE RELATED TOPIC OF CHANGE:

Make the Change: How to Start a Business from Home

Be the First to Say You’re Sorry (7 Ways to Connect with Your Teen: Part 6) 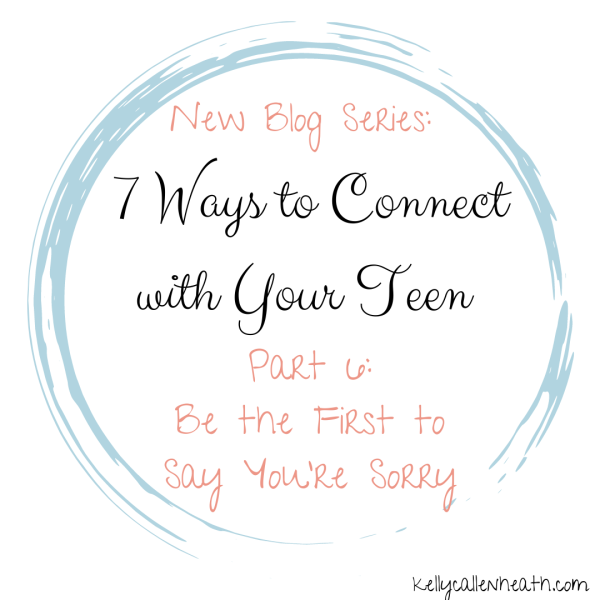 Listen More than You Talk (7 Ways to Connect with Your Teen, Part 3)

7 Ways to Connect With Your Teen (Part 2: Time) 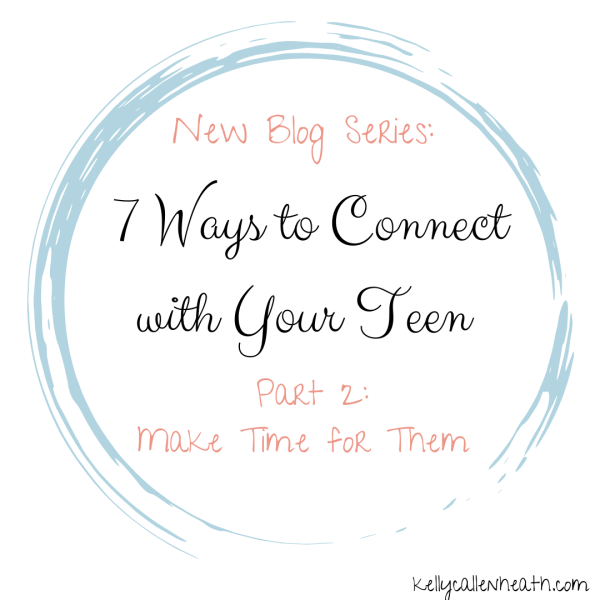