In honor of Mother’s Day and all the Bonus Parents out there, here’s a flashback to my Junior year of high school, a few weeks before Prom:

Sixteen-year-old-me sits in the driveway, trying to pull myself together, still shaking from the shock of being dumped. The salty taste of tears lingers as I brush the dampness from my cheeks. The expanding crack in my windshield mirrors the current state of my heart. What I thought was going to be an invitation to Prom turned out to be a grand speech about how “I really like you, but I’m going off to college soon, and I think it’s best if we break up now before I really fall for you. I hope you understand…”

Seriously? Whatever. I definitely didn’t understand! And I wasn’t sure where else to go, so I just started driving and ended up here, as I have so many times before. Somehow I know she’ll make things better— she always does.

An hour later, after pouring out my heart to Mama Pat, she hands me a tissue and hugs my neck.

And when she tells me everything will be okay, I believe her.

The Power of Presence

For most of my high school and college years, Mama Pat was my safe place. I met her when I joined the youth group in 10th grade. She wasn’t on staff and she didn’t lead Bible Study or teach our Sunday School class. I’m not sure if she actually had any official role or not— she was just one of our “youth group moms.” She helped serve supper on Sunday nights, and if we were at church, she was always around. Her son, Jimmy, was one of my best friends, so I’m sure that helped us establish a bond. But mostly, she just loved all of us well.

When I needed advice or just someone to talk to, Mama Pat always made time to listen. When we didn’t want to go out “partying” after Prom but also didn’t want to just go home, she offered her house for our “after-party,” complete with a home-cooked meal at 2:00am. She was there at church camp for our late night talks. She was there cheering in the stands at my home soccer games. She was there on our mission trips, there in the prayer chapel, and there when I moved into my college dorm. Whether praying, laughing, cooking, or listening, this is what I remember most about Mama Pat— she was always there.

In my experience, being a “Bonus Parent” is the most underestimated role with the greatest potential for influence in the lives of our teenagers. Do me a favor—step out of your parenting shoes for a minute, and think about the other teens in your life. Whether you’re an aunt or uncle, a close family friend, or a church/team/school parent, just hanging out with teens creates a variety of opportunities to plant seeds in their hearts and minds.

You get to listen to their conversations as you drive them to practice. They will share their joys and heartbreaks as they sit on your couch watching YouTube and Netflix. You get a peak into their soul as you watch them perform in the band or on the court. Due to the nature of adolescence, these teens are more likely to share things with you and listen to your opinion than they are to their own parents.

Being a “Bonus Parent” is the most underestimated role with the greatest potential for influence in the lives of our teenagers.

What a wonderful opportunity—and tremendous responsibility—the Lord has given us! And as an added benefit, our advice sometimes has a trickle down effect, influencing our own teens in the process.

Bonus Parents in the Bible

The Bible is filled with examples of ordinary people who served as “Bonus Parents.”

Ruth was extremely close to her mother-in-law, Naomi. Simply as a result of Naomi’s love and devotion to her, Ruth remained faithful to God, married Boaz, and ended up being included in the lineage of Jesus. I’d say that was a pretty good deal!

Because of Mordecai’s influence on Esther, she became queen and saved the entire nation of Israel from genocide. I doubt either one of them ever expected that!

Abraham became a Bonus Parent to his nephew, Lot. He taught him how to obey the Lord, run a family, manage his business, and even saved his life on several occasions!

The young, newly pregnant Mary found refuge in Elizabeth’s home when it was too difficult to stay in her own hometown. Elizabeth confirmed her calling and encouraged her faithfulness, instilling in her the confidence that God would accomplish all that He had promised.

And Paul became like a father to Timothy, whose own father was not a Believer. He recognized Timothy’s gifts, encouraged his calling, and mentored him in ministry.

There are others, of course, but obviously this type of relationship is one God often uses to shape the hearts and minds of young people and accomplish His purposes. Sometimes this happens in extraordinary ways, and sometimes it happens through everyday, ordinary encouragement.

Bonus Parents Fill in the Gaps

Sometimes bonus parents are an addition to healthy parental relationships, and sometimes they help fill in the gaps where a relationship is struggling or lacking. In cases of death, divorce, or single parent homes, having someone to step into this role is essential. And even in two-parent homes, it is fairly common for teens to struggle with one or more of their parents, at least at times. A healthy Bonus Parent recognizes this and seeks to understand and empathize with the teen’s feelings and bridge the gap, while encouraging the parental relationship whenever possible.

In the case of a broken home or a missing parent, a Bonus Parent can step in—not as a replacement for the absent parent, but as someone offering additional support, training, and wisdom. They almost always fill other roles, too—an encourager, a prayer warrior, an instructor, or a truth speaker. They have the opportunity to communicate things that are met with a great big eye roll when a parent says it, but are much better received from them. Bonus Parents can be single or married, old or young, invest a little bit of time or a lot; the main thing, though, is simply to recognize moments of influence and use them wisely.

A great example of this is the relationship between Peter Parker (aka Spiderman) and his Uncle Ben, as portrayed in the 2002 movie, Spider-Man. After Peter’s parents die in a plane crash, he is raised by his aunt and uncle who, for all practical purposes, serve as his parents. But during his teen years, as he is privately grappling with his new identity, Uncle Ben pulls him aside for a man-to-man talk. He sees Peter’s internal struggle, and wanting to help, tries to empathize and share some parental wisdom.

“These are the years where a man changes into the man he’s going to become for the rest of his life. Just be careful who you change into,” he advises. After reminding Peter that “just because you can beat someone up doesn’t give you the right to,” he continues on to share this well-known quote: “Remember, with great power comes great responsibility.” In the stress of that moment, Peter wants nothing to do with it. He pushes Uncle Ben away and tells him to quit trying to replace his father. But his beloved uncle’s words continue to echo in his ears, and eventually become the foundational mantra of the web-slinging hero. Taking advantage of those moments can make all the difference.

The Power of One

Think back to your teen years. Who were the Bonus Parents who impacted your life? How would your life be different if they had not been around? I talked with a sweet friend last week who experienced terrible abuse during her childhood and teen years from people she should have been able to trust and depend on. Even so, she also mentioned a friend’s mom who reached out to her during those years and made an effort to protect her and help her open up. Unfortunately, not every adult influence is going to be a good one. But even one good one can make all the difference.

And we have the chance to be one of those! (Be sure to check out my next blog post for 5 Tips on Being an Awesome Bonus Parent!) As Josh Shipp, former foster kid and teen influencer reminds us, “Every kid is one caring adult away from being a success story.” Check out his story here.

Here are a few things to think about: Who are the potential Bonus Parents in your teen’s life? How can you encourage those relationships so your teen has someone else investing in them? And who do you know that could benefit from your influence as a Bonus Parent? Like Mama Pat, God might just want to use you to change someone’s life simply by being there.

5 Tips for Being an Awesome “Bonus Parent” 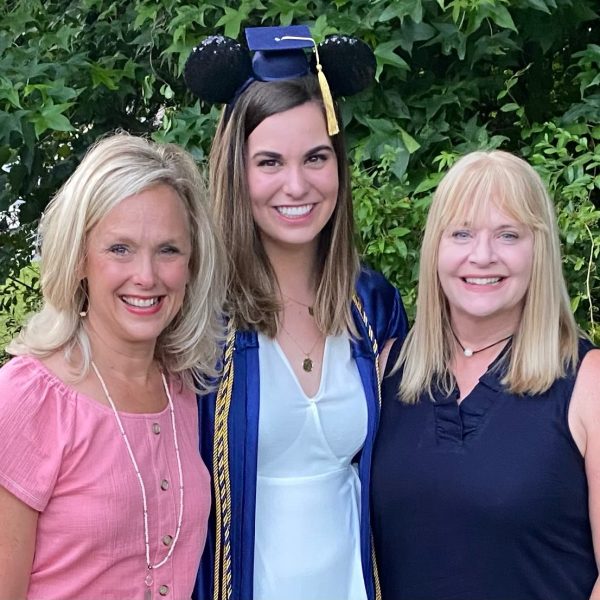 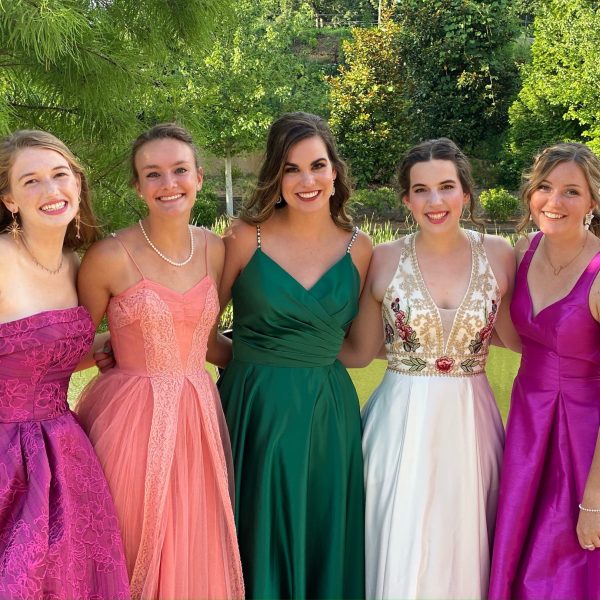 Hug Them: 7 Ways to Connect with Your Teen (Part 7) 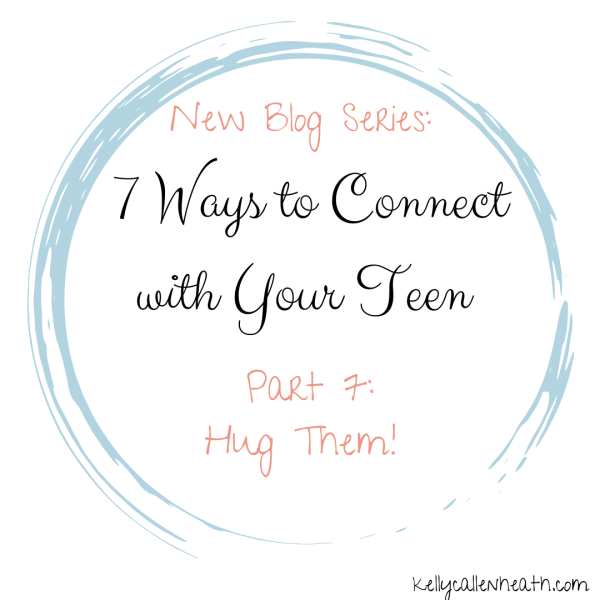